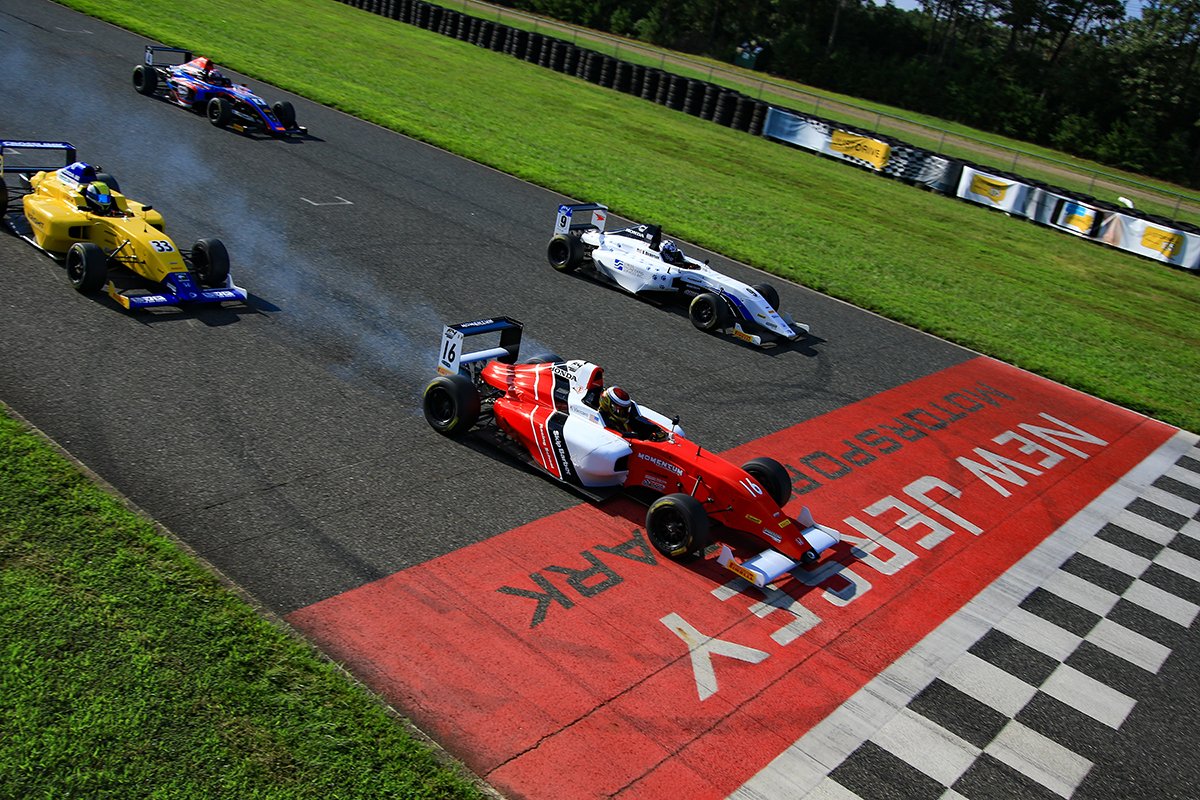 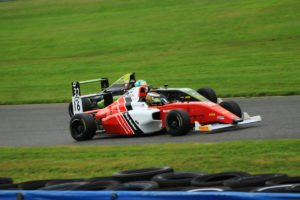 This season has changed myself, my team, and my everyone who has supported me. The change from last year to this year could not have been clearer; I’ve described the improvement from last year’s struggle for top-twenty finishes to this year’s immense speed improvement. I’ve described finally getting a result, my first top ten, at Pittsburgh in August. Momentum and I become a strong team, and I’ve learned to slowly crawl my way forward on the grid. But at New Jersey, we’ve changed again. We’re now the team we’ve been longing to be for the last two years. We left New Jersey with a commanding mark that tells us that we’ve finally gotten to where we want to be. Our development process has worked sublimely, and, with proof of its success, we plan to keep pushing into our last race at COTA and beyond.

Our aforementioned results at Pittsburgh brought me into this weekend feeling more confident than ever before. That feeling of confidence adds a deep level of relaxation to my weekend, as the nerves, excitement, and desire to win are still prevalent but calmed down. I worry much less about where we are going to be pace wise, as I slowly learn a simple truth: all I can do is get in the car and drive my heart out.

To add to the excitement, NJMP happened to be the home track for my main sponsor, Skip Barber racing. Our pit area was decorated with the fantastic fleet of Skip Barber Mustangs and Fiat 124’s. Not only were we now aiming for a good result for us, but we wanted to put on a display of competition and professionalism for our sponsor.

Friday was gloomy and damp, and while we had three practice sessions, my team made the call to have me sit out one. The rest of the weekend looked dry, so there was no reason to risk hurting the car.

Even though conditions were the unfriendly medium somewhere between wet tires and dry tires, we lacked pace on Friday. NJMP was much faster than any other track I had been at, and I struggled to trust the car’s capability. We finished Friday much further down the leaderboard than we would have liked. Qualifying began to loom more and more daunting as we closed out the day.

Luckily for us, I picked up where I needed to enough to make qualifying a success. I qualified P12. We were hoping for a push up the field in race one, and we got just that. I charged from p12 to finish in p5, the first top five of my career. Along with this, as I worked up through the field I posted several good laps, and I ended the race with fastest lap, starting me p1 in race two.

This result had been a long time coming, and warranted celebrations from Momentum back in the pits. They had given me the premier car of the grid, and I was glad I was able to show just how quick Momentum’s car is. We closed out the day more than satisfied, ready for the two races on Sunday.

In race two I lined up on the grid on pole, but on the start I let the wheel spin get away from me and I fell back to third by the first corner. I quickly repassed for second, and began to charge ahead with the leader. I couldn’t have had much more than a lap behind him before a safety car came out. I kept my intensity up through the yellow, and on the restart I stayed close enough to the leader to get a solid draft down the front straight. I pinned him down to the inside going into one, but went on a touch too deep and put it off. It was a frustrating mistake- I was there where I deserved to be, but unfortunately I threw away my opportunity. And to make matters worse, I had qualified p5 for race three but knew I would be put back to p8 with the three place stoppage of session penalty for going off.

This grid penalty was severely worsened when a tech issue- at little fault of the team- had us starting race three all the way in 31st. We were looking for results for our Skip Barber sponsors, and I was looking for results for Momentum, but the chances of a good finishing position began to look less hopeful. Much to our joy, though, race three became my career defining race (at least at this point), and we were able to top of the weekend with an incredible performance.

The race began with us passing seven cars on the first lap, and with two incidents that caused some strategically placed yellow flags to help us, by the end of the race I crossed the line in sixth, alongside seventh and only passing him by inches. I had gone all the way from p31 to p6. Our weekend ended with a triumphant success for myself, my family and friends, Skip Barber, and Momentum Motorsports.

We are all looking forward to wrapping the season up at Circuit of the Americas. We don’t know what the weekend has in store for us until we arrive, but we are going to race just as hard as ever, and if the weekend smiles upon us, maybe more results are in the cards.